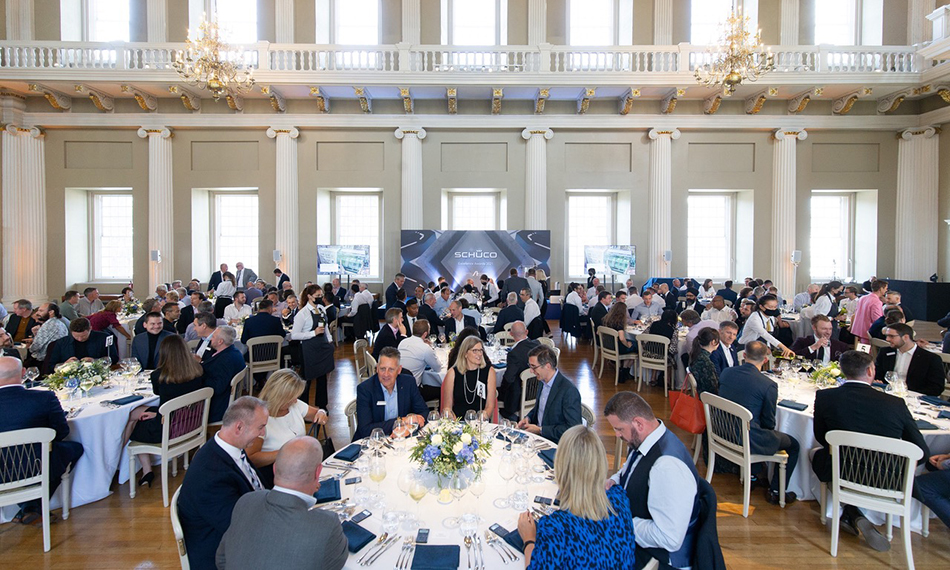 Schüco is delighted to announce the winners of its prestigious Excellence Awards following a celebratory lunch hosted by architectural designer and television presenter, Charlie Luxton, in the grand setting of Whitehall’s Banqueting House.

Now in their eighth year, the awards, run in association with Architecture Today, are well established and recognise outstanding projects completed throughout the UK and Ireland. They celebrate the collaboration between architects and specialist contractors, bringing clients’ visions to life. 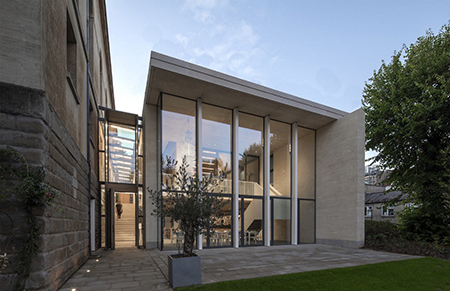 Awards were presented in ten categories, including residential, commercial, cultural, and education and healthcare projects – considering both newbuilds and refurbishments. The judges were looking for an outstanding balance between stunning aesthetics and practical functionality to create a harmonious project.

One Overall Winner is acknowledged each year, and this year the accolade went to St. George’s Bristol, designed by architects, Patel Taylor, and specialist contractor, Enhanced Glazing Systems.

Patel Taylor’s considered design extends the functional spaces of the concert hall, mediating between the old and the new. A glazed link connecting the two buildings acts as a powerful transition space, light and open to the sky.

Hazel Joseph, Director of AHMM and one of the award judges, said: “The reason St. George’s Bristol stood out to me is that the project had a very dramatic creation of spaces. The architect ensured a careful curation of light and how light found the internal spaces. Also, the sensitivity of how it works within a historic environment is very clever – it is a worthy winner.”

Last year’s online edition of the Schüco Excellence Awards saw the introduction of a Viewers’ Choice category. This year it returned in the form of the People’s Choice award voted for by attendees on the day. The project selected was 22 Handyside Street, a three-storey, mixed-use development in London’s King’s Cross by Coffey Architects and Stride Treglown with specialist contractor, Fleetwood Architectural Aluminium.

Pete Temprell, Managing Director of Schüco UK, said: “The Excellence Awards recognise the close collaborations that successful building projects demand, so it was a pleasure to be able to celebrate those achievements in person with our winners this year.”

For full details of all the Schüco Excellence Awards 2021 winners, visit: www.schueco.com/uk/specifiers/excellence-award-winners-2021